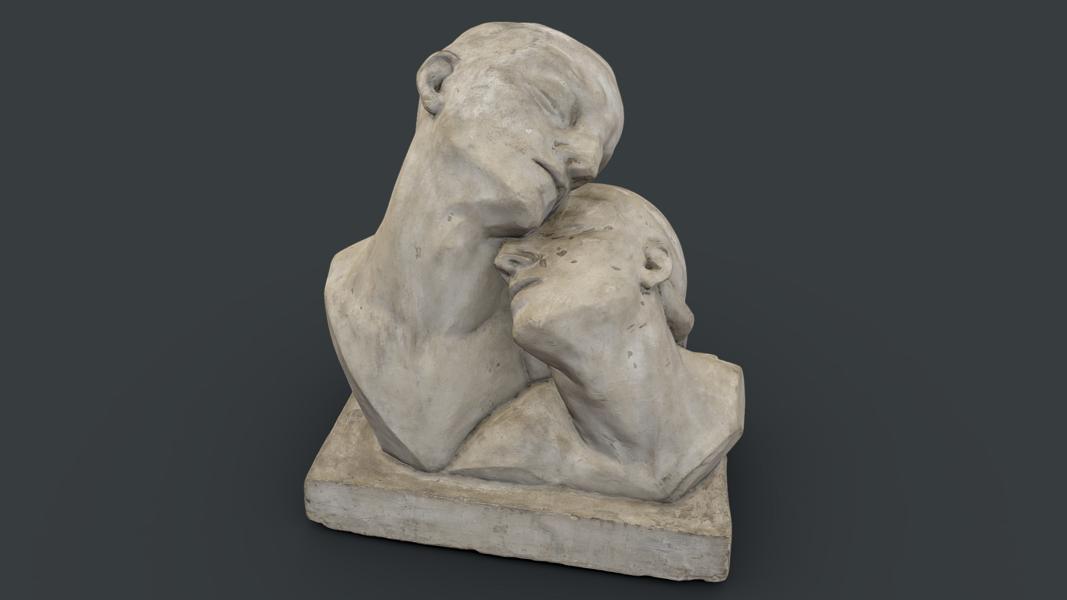 Author
Janina Reichert-Toth
Artist's lifetime
1895–1985
Biography
Janina Reichert-Toth (22.06.1895, Staryi Sambir – 1985, Krakow). From 1915 to 1918 she studied at the School of Arts and Industry in Lviv, from 1921 she studied at the Krakow Academy of Art under Konstanty Laszczka. In 1925, together with K. Dunikowski E. Wittig collaborated at an international exhibition in Brussels. She belonged to the Union of Ten Plastic Artists. In 1939, was admitted to the Union of Artists. After 1946, she moved to Krakow with her husband. Together with him performed a number of monumental monuments and tombstones in Krakow.

Object description
Sculptural composition depicting two heads. On the left is the head of a young man, tilted backwards and pressed against the woman's head, which in its turn is also tilted backwards and pressed against the man's neck. The eyes of both characters are closed. The composition is striking in its psychology: the seemingly emotionless, drama-stricken figures – their heads are tensely drawn towards each other, which is emphasised by the neck muscles stretched like a string.