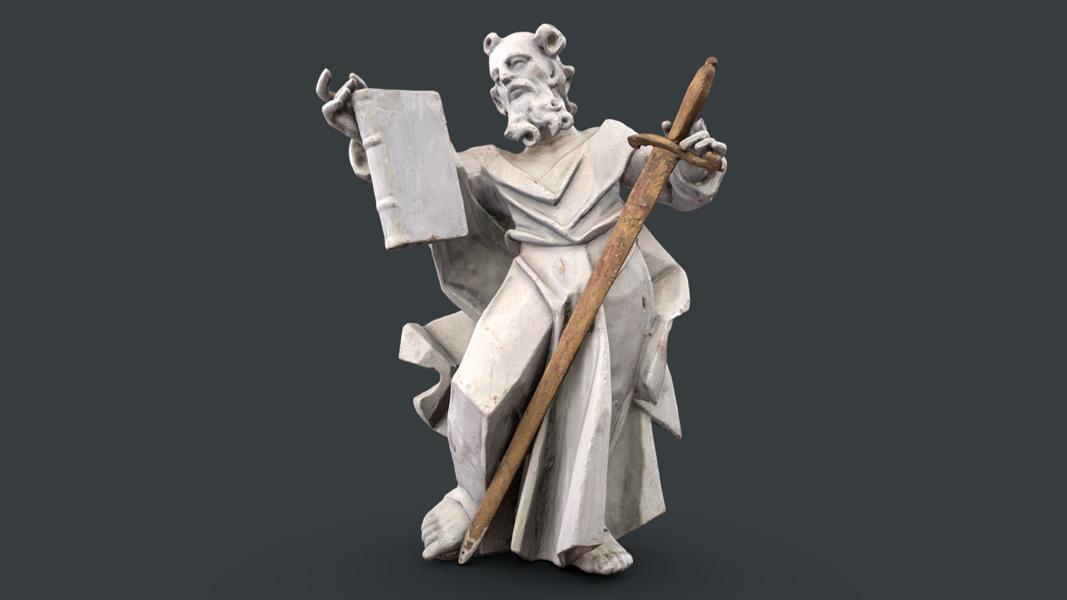 Object description
Saint Paul was born in the Asian city of Tarsus, in a Jewish family. He did not belong to the Twelve Apostles, but due to his special missionary and theological merits he is revered as the "first apostle of the throne". The beginnings of St. Paul's iconography date back to the fourth century. The sculpture of the saint man from the village of Buchyno, in the Brody region, is presented in a dynamic pose with attributes in his hands, namely with a book and a sword, which in his hands symbolizes victory over death. The squat and somewhat S-shaped figure of St. Paul together with clear folds of his clothing formed by large geometric planes are imbued with expression. The artist skillfully depicted the face of the saint man and his character, which is manifested in a purposeful gaze and barely raised arches of eyebrows on a high forehead. Hair curls and fluttered strands of beard add dynamism to the work. The image of the apostle was popular in art, in particular in both painting and sculpture. The images of Paul and Peter together form a special group. The sculpture of Peter the Apostle forms a pair with the sculpture of St. Paul from the village of Buchyno.