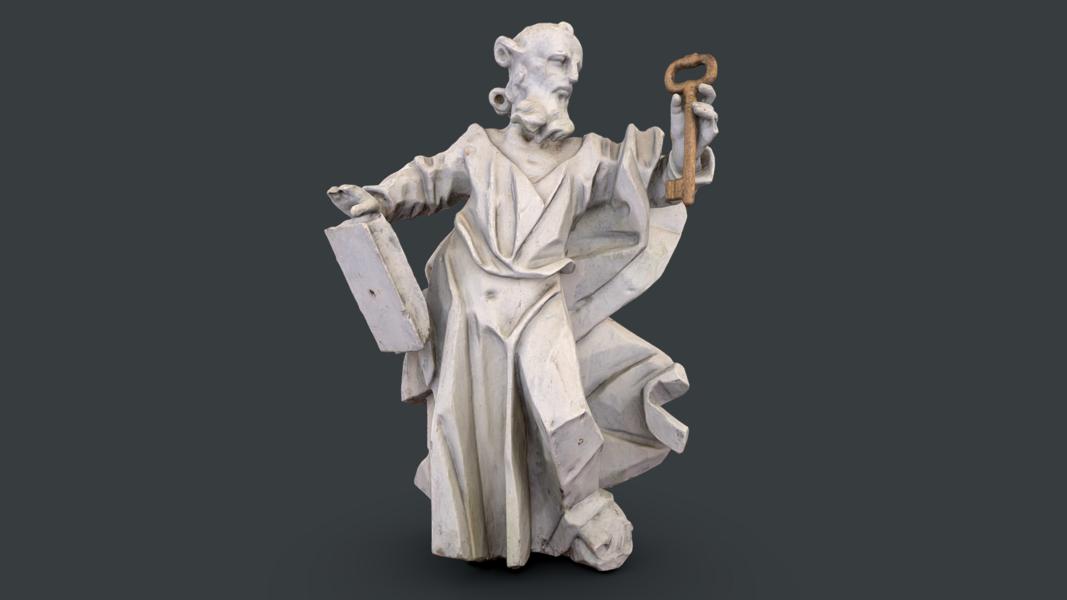 Object description
Saint Peter is one of the Twelve Apostles of Christ and the eldest of his disciples. He is given a special role in Catholicism as the first Pope of Rome. A whole system of attributes by which any saint man can be identified has developed in the iconography of Roman Catholic culture. Peter the Apostle is always depicted with one, two or three keys. The sculpture of the saint man from the village of Buchyno, in the Brody region, is presented in a dynamic pose, with a key to the gates of Paradise and a book. The squat and somewhat S-shaped figure of St. Peter together with clear folds of his clothing formed by large geometric planes are imbued with expression. The artist skillfully depicted the face of the saint man and his character, which is manifested in a purposeful gaze and barely raised arches of eyebrows on a high forehead. Hair curls add dynamism to the work. The image of the apostle was popular in art, in particular in both painting and sculpture. The images of Paul and Peter together form a special group. The sculpture of Paul the Apostle forms a pair with the sculpture of St. Peter from the village of Buchyno.