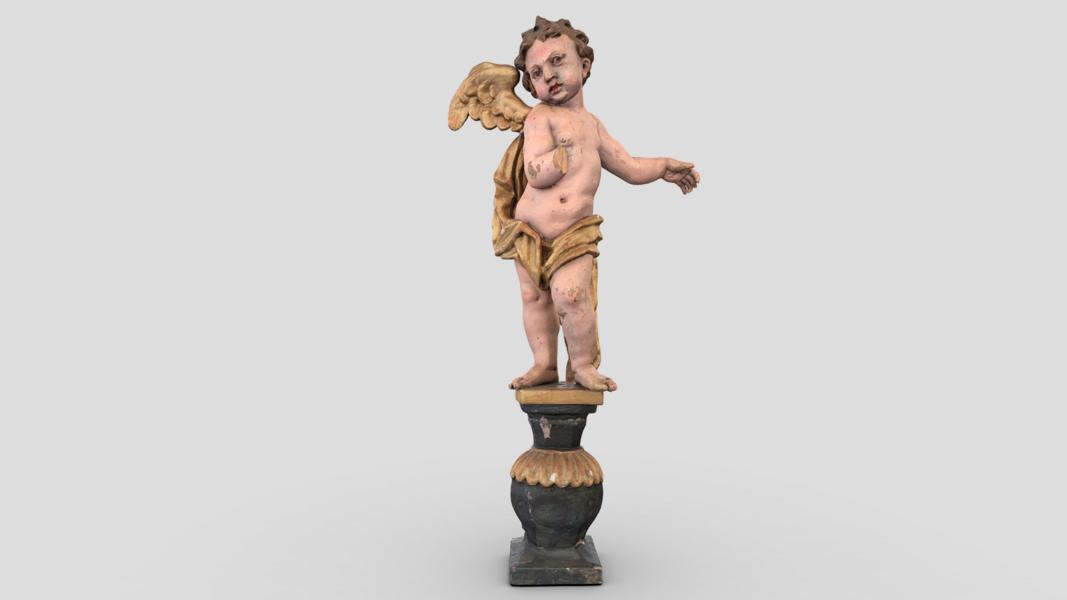 Author
Thomas Hutter
Artist's lifetime
1696 – c.1745
Biography
Thomas Hutter (1696 – c.1745) was a German sculptor and painter from Bavaria. He worked in Galicia. He performed in the style of late Baroque. In the 1730s, the sculptor moved to Yaroslav where he worked and lived, although his creative work went far beyond the city. In 1732, he made 12 figures, which were placed on the square in front of the Jesuit church of St. Jan, and sculptures for the Church of Virgin Mary in Yaroslav. In 1739, he worked in the Jesuit monastery in Lviv. The most intense period of Thomas Hutter's artistic practice took place between 1737 and 1739. His works are characterized by monumental forms, angles that emphasize the weight of static figures, naturalistic modeling of the human body that provide a good visual description of muscle form. The sculptor forms the figures’ clothing of the massive folds that resemble the wet fabric, which evenly wraps up the figures or falls in lengthwise folds.

Object description
The polychrome figure of an angel on a stand is presented in full length. The head is turned to the left. Facial features are carved in detail. The sculptor skillfully showed a slightly elongated face with puffy cheeks, black eyebrows, a small nose, almond-shaped eyes with a sideways gaze, a slightly opened mouth, and a small prominent chin. The angel's head is framed by strands of wavy hair. The sculptor depicted the anatomy of the human body in a naturalistic manner, realistically recreating plump little hands, legs and a plumpish belly. The works of the early period of the sculptor's artistic practice are characterized by a generalized design of draperies and soft modeling of clothing, which later were replaced by geometrized planes and some decorativeness in the composition of the clothes’ folds.